Nobody told me the MRI gadolinium-based contrast I was about to have could screw up my health! 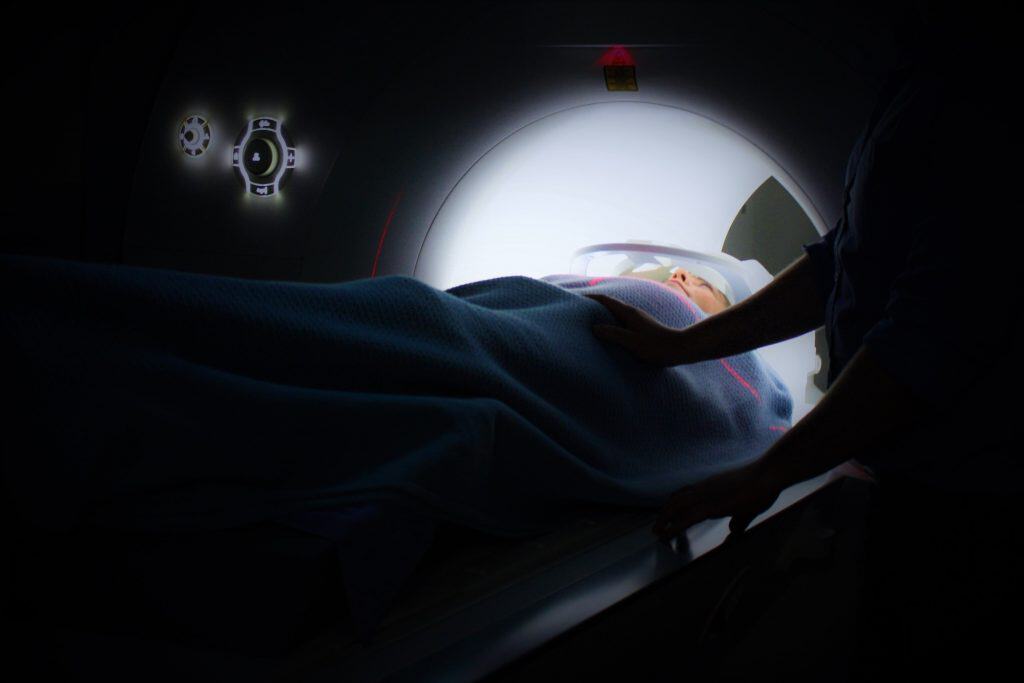 When it comes to gadolinium contrasts and their adverse effects, most doctors don't know very much

Doctors seldom have the knowledge to advise patients about the true risks and benefits of the treatments, surgeries, and investigations they are offering. They don’t have the time to search the literature. Even if they did, seldom do they have the skills to critically appraise those studies. Nor do they have access to unpublished data.

All that means is that both you and your doctor are only getting a fraction of the full story. The way that drug companies design and publish clinical trials conceals adverse health effects.

The blind leading the partially sighted

Awareness of GBCAs’ adverse health effects is starting to grow. But at a crawl. When Sky News interviewed me about it back in 2018, and the Daily Mail a year before, very few people had even heard of the element gadolinium, let alone knew that it was used as the contrast for MRI scans. So you might discover about retention of gadolinium before your doctor does.

I’ve heard far too many stories about people not being believed by their doctors when they raise the issue of gadolinium toxicity after their MRI scans. Has your doctor listened to you when you voiced concerns about the adverse effects? I hope they have. But you might be in the minority if you have an understanding doctor who’s willing and able to help with the adverse effects of GBCAs. 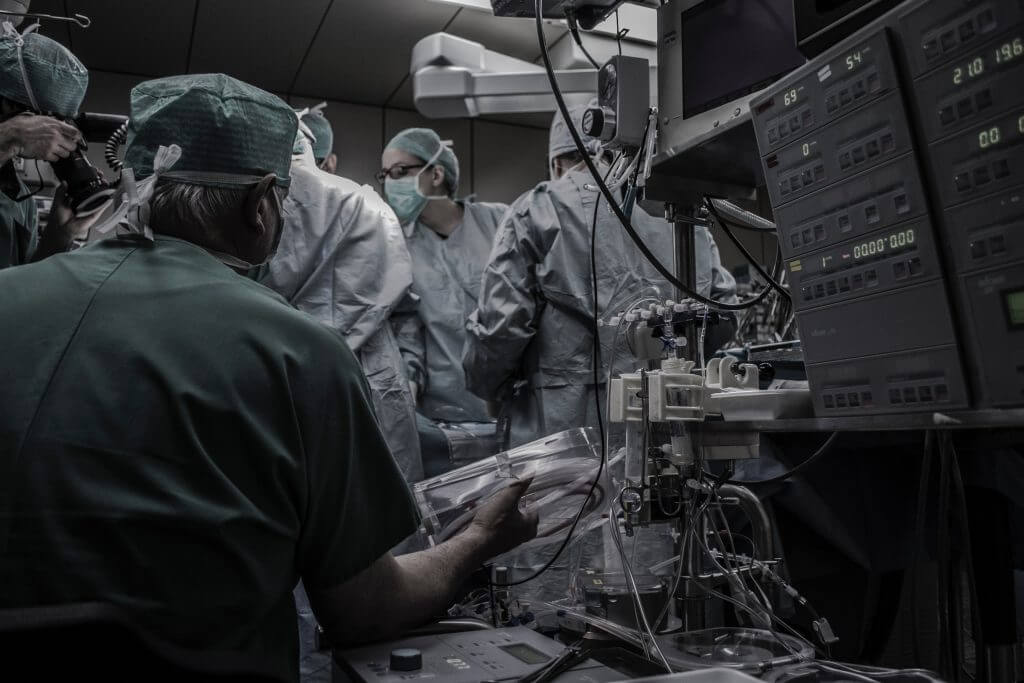 I now know many people who have had similar experiences as a result of having one or more gadolinium-enhanced MRI scans. In fact, despite being able to personally identify with all of the symptoms I describe below and more, I count myself luckier than most in the gadolinium toxicity groups. At least I’ve been improving. Many others are suffering from heart-breaking gradual deterioration for months or years. Some friends are no longer with us.

It causes oxidative damage, inflammation, and cell death. Studies indicate that it probably causes malignant transformation. That means there’s a good chance it could lead to cancer.

However, gadolinium is used in the contrast agents injected into patients during MRI scans so GBCAs are the top source of exposure.

The contrast agents are drugs based on chelating agents, also not found in nature. A chelating agent is a drug that is capable of grabbing on to a metal and holding on to it.

Chelating agents can also come unattached from the metal they bind (in this case gadolinium) in several circumstances. Firstly, in the vial they are stored in. Secondly, in your body. Finally, in the environment after they have been passed out in your urine.

If you have normal renal function, you’ve probably been told not to worry. You only need to drink lots of fluids in the next few days and your kidneys will flush all the gadolinium contrast out in your urine within 4 days. Sound familiar?

The only problem is that this isn’t true. On 19th December 2017 in a drug safety communication, the FDA issued a new class warning about gadolinium retention, stating that all GBCAs for magnetic resonance imaging (MRI) leave gadolinium in the bodies, internal organs, and brains of all patients for months to years after a dose. It doesn’t matter whether your renal function is normal or reduced.

So far, NSF (or more accurately GASF) has only been looked for in people with poor renal function following exposure to gadolinium.

However patient support groups and cohort studies of people with normal kidney function have identified constellations of symptoms. A growing number of people (both with and without chronic kidney disease) are starting to realise they’re suffering from these symptoms following gadolinium exposure.

What are some of the symptoms of gadolinium contrast side effects?

Here are just some of the chronic problems that people in gadolinium support groups complain of for months, and even years, after scans using GBCAs:

I’ve written about these and other adverse effects that people have described following gadolinium-based contrast injections in a lot more detail in my ebook, Contrasts: More than meets the MRI. But I’ve also got a short, free downloadable guide for you which will answer a lot of the questions you have about the side effects of gadolinium contrasts for MRI. You can access the free guide immediately when you sign up for my newsletter.

Which gadolinium toxicity symptoms are most difficult to deal with?

Many people find the emotional burden, feelings of isolation, and psychiatric effects are some of the most difficult ramifications to cope with. So I wrote an article describing the mental torture of gadolinium contrast toxicity.

You can also throw severe connective tissue damage into the mix since fibrosis is possibly the best-described symptom of gadolinium contrast agents. After all, that’s what nephrogenic systemic fibrosis is named after.

Acute and immediate complications of gadolinium-based agents are much better described in clinical studies. Unfortunately, they include death, shock, and organ failure. 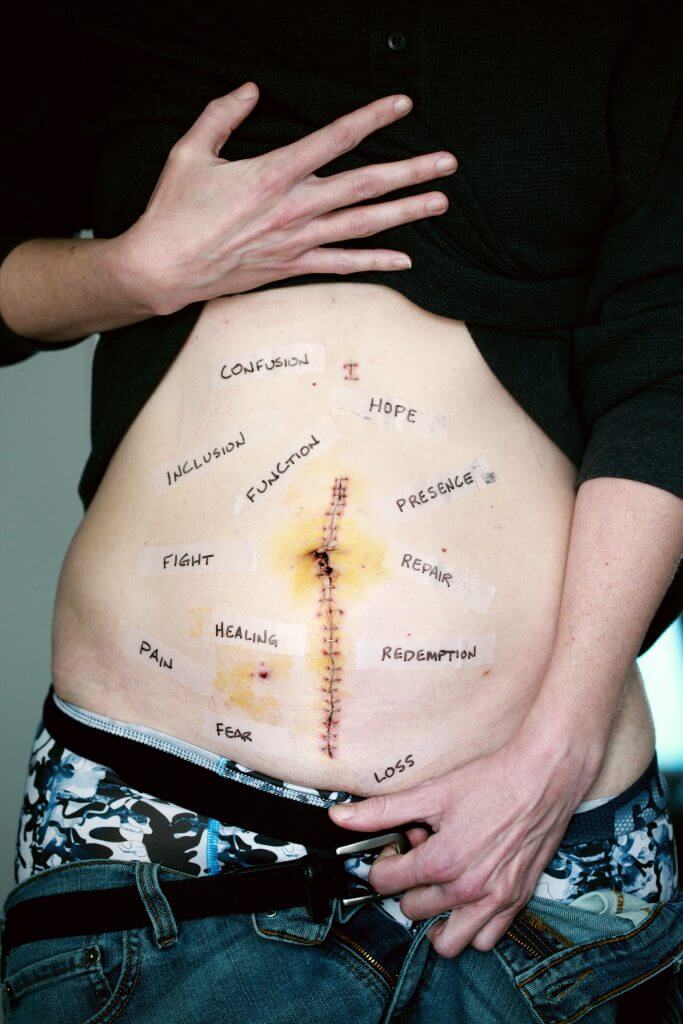 Doctors are much more likely to order more gadolinium-enhanced scans to look for the cause of new symptoms and deterioration rather than consider whether their patients are suffering from adverse effects from the MRI. And then patients suffer from worsening symptoms as a result. They may also undergo other investigations. Not only that, but they might end up misdiagnosed with conditions like amyotrophic lateral sclerosis (ALS – you might know it by a different name. It is also called Lou Gehrig’s Disease and Motor Neurone Disease), and be treated with powerful medications.

Were you warned that there are no long term safety studies on how it will affect you? Did your doctor warn you about the potential risks of administration of gadolinium to your health? Or were you reassured about the safety of gadolinium?

Are you worried about the risks of transferring it to your offspring? (the children of pregnant women injected with gadolinium are more likely to be stillborn. Inflammatory skin and joint conditions are more common in surviving children).

Have you found yourself affected emotionally and psychologically by gadolinium? Know that you aren’t alone. And you’ll find this post really interesting. But this post tells you all you need to know about how to deal with anxiety, even if you are suffering from gadolinium toxicity.

If your health has been affected adversely following GBCAs and you’re interested in exploring whether the natural, gentle ways I’ve used to get my life back could work for you too, I’d love to chat with you. You can easily schedule a free clarity call over the internet. Just follow this link.

Or you can email me by clicking here. I’m also on Facebook as The Food Phoenix and you can find me in some of the gadolinium toxicity Facebook groups.

If you’re curious and would like to find out more about how I work with people 1-on-1, You can find that out here.

Contact me to claim your free 30 minute discovery call
I would recommend working with Catriona. She has done as much research as anyone on how gadolinium affects our body, and she is able to offer far more holistic and effective changes to aid your recovery than any traditional western doctor will. If you're hesitant, simply try the initial free consultation. You won't regret it.