Want to cut out chocolate? These 14 easy tips will help​ 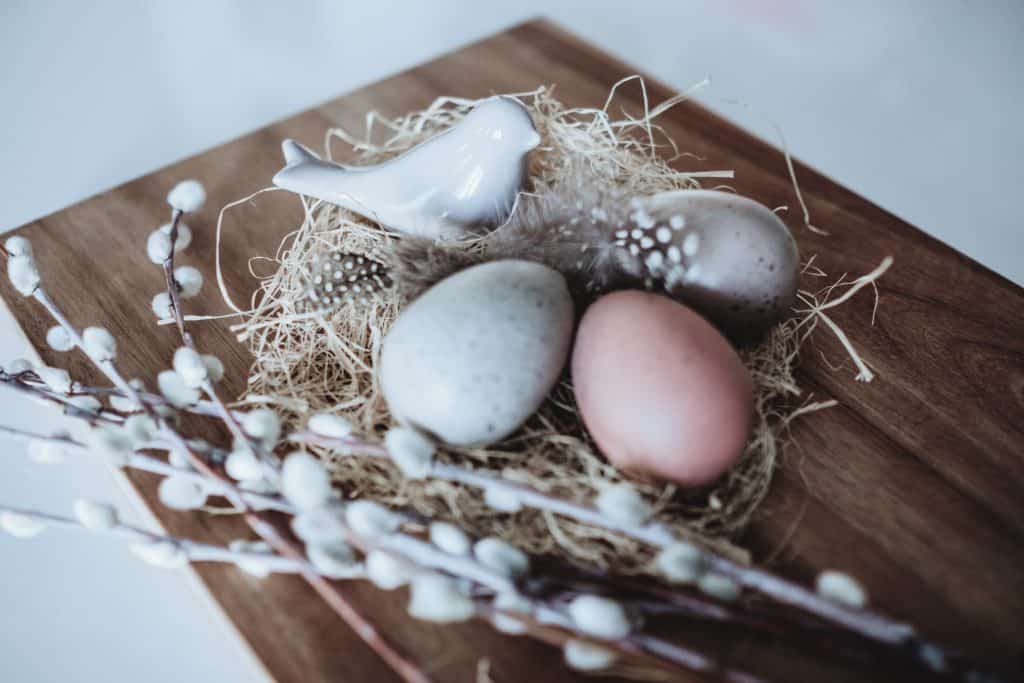 How did cutting out chocolate for 46 days radically change my approach to healthcare forever?

Have you ever tried to cut out chocolate for lent? Such a simple symbolic gesture. It’s really just supposed to make us reflect on a time when Jesus spent 40 days and nights fasting in the desert. Where I grew up in Northern Ireland nearly everyone did this.

The thing about lent is that it’s 46 days from Ash Wednesday to Easter Sunday. But the period of fasting or intentionally trying to be a better person only officially lasts for 40 days. So this means that you can have 6 days off during lent.

That suited me fine when I was a kid, because my birthday lies in lent. So does St Patrick’s day, a few of my cousins’ birthdays, and several Sundays. So growing up I’d have a day when I could eat chocolate every week during lent.

But then in 2010 I decided I would “do lent properly”. I set my intention to go off chocolate for the entirety of lent. I stuck it out, and something really interesting happened that I hadn’t been expecting.

The acne that I had suffered from since my early teens got markedly better.

At first I thought “Hallelujah! I’ve finally outgrown my acne!” At the tender age of… you know what? We don’t need to talk about my age! Let’s just say that I was no spring chicken.

Granny had always reassured me that everyone had acne as a teenager, and not to worry, because I too would outgrow it. Suffice to say I had left my teens behind quite a long time before.

A link between acne and diet

Easter Sunday arrived, and so did the Easter Bunny. As usual I enjoyed my Easter Egg, and chocolate, and whatever dessert was going (my mum makes a cracking rum chocolate mousse).

Unfortunately about 2-3 days later it appeared that the Easter Bunny brought back my acne as well.

“That’s interesting” I thought. “I’d better see if this was a coincidence”.

So I went back off chocolate again for a few more weeks. Sure enough my skin improved again. And after I reintroduced chocolate, you’ll never guess what happened… I had a breakout.

But it was clear that it was taking my skin at least a week or 2 to clear up after each dalliance. And that it took about 48 hours for it to start breaking out, and another 2-3 days for the spots to reach their zenith.

...Could something similar happen to you without you realising it?

This was the catalyst that led me on a quest to identify other dietary factors that could affect my skin. My curiosity was well and truly piqued. I did find lots of other culprits, and pretty soon my path led me to the Paleo diet.

It turns out that the Paleo diet is an antidote to many modern scourges.

Before trying diet I had tried all the conventional medical approaches to acne…for at least a decade and a half. These had started with fairly innocuous treatments like topical benzoyl peroxide. But each rung on the treatment ladder became more and more toxic, and I tried all of them.

Topical antibiotics paved the way for the oral contraceptive pill, which permitted the use of oral antibiotics and eventually roaccutane (a treatment notorious for causing psychiatric disturbances severe enough to result in suicides in many young people). The roaccutane worked… briefly.

What I didn’t appreciate at the time was that these conventional acne treatments could have long lasting or permanent effects on my health and metabolism. I also discovered that the link with acne wasn’t a recent one. The oldest published research that I could find linking diet with acne went back almost a century.

All of this was a revelation:

Even if you don't suffer from acne, chocolate and processed foods might be causing you other health problems

My foray into nutrition began with cutting out chocolate because of acne. But even if you have perfect skin, you might have other health challenges related to your diet that are motivating you to cut out chocolate. Some of these may be more obvious than others. So it’s worth considering getting off chocolate and other processed foods if you suffer from:

Do I still get cravings for chocolate?

It’s now been a couple of years since I’ve had any chocolate and I don’t get any cravings for it anymore. But since 2010, I’ve quit chocolate on multiple occasions. The first few times were the hardest. For a couple of weeks after cutting chocolate out, I’d notice major cravings.

Having said that, my chocolate habit changed a lot. Before 2010, milk chocolate was my favourite. But after I cut down on my sugar intake, I found that milk and white chocolate were far too sweet. Many of my clients also notice their taste buds alter when they change their diets to cut out sugar, artificial sweeteners, and store-bought desserts.

Instead of milk chocolate, I started enjoying dark chocolate. Even though for years I’d found dark chocolate far too bitter, I developed a taste for high quality 80% cocoa content and higher. In fact, I enjoyed right up to 100%!

But events over the last few years led to me playing around with my diet again. From a paleo diet, I was able to reintroduce dairy, white potatoes, and even some pulses for a while. Then I had my gadolinium-contrast MRI in 2016, my weight started ballooning, blood pressure went through the roof, I felt like I was developing metabolic syndrome, and other health problems started to arise. So I went back onto a ketogenic or very low carbohydrate diet. And that did help to a degree. It reversed some issues I had and slowed the progress of others.

On the AIP diet, cocoa and chocolate aren’t permitted. So I said goodbye to chocolate yet again (I’d actually cut it out several times for shorter stints since 2010). Even after changing to the AIP diet, I’ve continued tweaking things. Now I’m on a hypercarnivore diet, even going about 99% carnivore at times. Yes – I know all the cool kids seem to be going carnivore these days, and me too, now! It seems that many plants no longer agree with me that well. I think the cause for this is related to the phenomenon of Toxicant Induced Loss of Tolerance (TILT) which I discuss in this article.

Have I got any advice on successfully cutting out chocolate and other addictive foods?

My experiments with doing elimination diets and cutting out comfort foods like chocolate and ice-cream have taught me a few things:

Have you noticed that trying to cut out chocolate is about more than willpower?

It’s useful to consider cutting out chocolate as part of a more holistic picture. I’m not sure what your reasons for wanting to quit chocolate are. Perhaps some of them are similar to mine. But I discovered far more about my health than I had anticipated when I cut out chocolate. And I suspect you will too.

I couldn’t unlearn the valuable lessons from my own experience. But I also discovered that conventional medicine was nowhere near ready to embrace these findings. And now I know why. It’s because of the pharmaceutical cabal that I talk about in this article. This led to a terrible conflict between what I was learning, and how I was allowed to practice in paeditrics. Something had to give…

…It turned out that something was me.

And that was the first step on my transformation into The Food Phoenix.

1 thought on “Want to cut out chocolate? These 14 easy tips will help​”